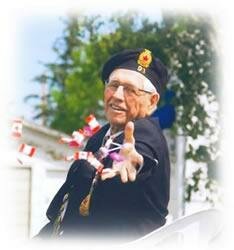 Anne Lovise Hofstad was born May 9, 1928 in Stjordahl Norway, the daughter of Olaf and Magna, and step mother Berit. She lived under Nazi occupation in Norway during World War II. The family farmhouse was occupied by officers of the German Army. On December 31st, 1948 Anne married Rolf Hegge and they rented a farm in Lillehammer. Roar and Magna were born in Norway. In 1954 they were interested by stories of free land in Canada. Rolf came first by boat and Anne, Roar and Magna flew a few months later. They settled in Valhalla Centre. They moved to Dawson Creek in 1957 and the family increased by two, Olaf and Johnny. In 1963 Anne was one of the founding members of Sons of Norway and she served as Musical Director for many years. She was always humming a tune and had CD's on whether English or Norwegian. She played the organ and sang in the choir at the Grace Lutheran Church and we would attend Christmas Eve services to hear her sing. As well, she was a member of the local Ladies Hospital Auxiliary. Over the years she travelled many times to Norway. When the family travelled to Canada she was very busy in her kitchen ensuring she had lots of Norwegian baking; happy to show off her home and family. She missed her Norwegian family very much and each visit was very special to her. In September 2012 Anne moved to Rotary Village. As her health declined, she was moved to Northview in April 2014 and finally was admitted to the Hospital in September 2014. She touched so many lives that we have no idea. She was always positive, had something nice to say and was the shining light in all our lives. After Dad passed in December 2011, her light dimmed a little. As Chad so aptly put it on his Facebook tribute, we lost an Angel named Anne Lovise Hegge on October 20th, 2014. Anne was predeceased by her husband Rolf, her parents Olaf, Magne & Berit, her brothers Helge & Ola and sister Ellen all of Norway. Anne is survived by her children, Roar (Gaylene), Magna, Olaf (Arla), John (Dorinda);Grandchildren, Amber (Luke), Brandi (Dusty), Christopher (Ada), Michael (Liz), Clayton (Lynsey), Ashley (Kevin), Chad (Alex), Cody (Sam); Great-Grandchildren, Taylar, Nina, Kingsley, Caylie, Ryan, Traice, Avery, Emma, Erik; one sister in law in California, six sisters in law and two brothers in law in Norway, numerous nieces and nephews, extended family and many special friends. A Memorial Service was held on Saturday, November 1, 2014 at 1:00 pm from Reynars Funeral Chapel, Pastor Tim Johnson officiated. Interment was held in the Dawson Creek City Cemetery. For friends so wishing, donations may be made in memory of Anne to the Ladies Hospital Auxiliary 11100-13 Street, Dawson Creek, B.C. V1G 3W8. Very Respectfully Reynars Funeral Home & Crematorium
Saturday
1
November

Share Your Memory of
Anne
Upload Your Memory View All Memories
Be the first to upload a memory!
Share A Memory
Send Flowers