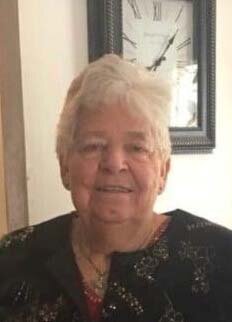 Jean Ellen Habing (nee Fleming) passed away peacefully in her sleep in the early morning of December 10th, 2014 at Rotary Manor. She was 102 years and 5 months old. Jean was born the year the Titanic sunk and lived until the year a man-made module landed on a comet. She was the second daughter of Elizabeth (nee Haire) and Albert Fleming of Pilot Mound, Manitoba. Maggie, their first girl, died of a heart ailment 10 days after birth, and Jean, daughter number two, lived to be 102. Jean often talked of the thrilling days in the autumn in Pilot Mound when the threshing gangs arrived with their steam threshers and large crews. She felt that she had a wonderful childhood, although, she often mentioned that being raised as an only child, she was spoiled by her loving parents. In the summers she was required to wear shoes and often found herself climbing trees and then throwing her shoes down to her friends, who only wore shoes in the winter, in order for them to easily climb the same tree. Jean attended Normal School in the early thirties and taught for approximately ten years in the rural schools of Manitoba. In 1941, she met Norman Habing, an ex-school teacher, who at the time was working in a munitions factory. When Pearl Harbour was attacked on December 7, 194l, they made an immediate decision to marry (Dec. 23rd, 1941) and Norman enlisted in the Canadian armed services. Norman trained as a navy telegrapher in St. Hyacinth, Quebec, and the Montreal Circle in Prince Rupert, BC. Jean was able to follow him during this training and also to Vancouver, where their daughter was born in September, 1944. After the war, Jean and Norm purchased a chicken farm in North Delta, BC, and their son was born in January 1953. Later, Norman worked for the Delta School District and Jean raised her two children in a happy and bustling household. Someone was constantly dropping in to visit with the friendly couple. During the seventies, she wrote an extensive genealogy of the Fleming family, starting with James Fleming and his wife, Barbara (nee Windecker) who settled in what is now Ontario`s Elgin County in the early 1790’s. In the early 1990’s, Norm and Jean moved to Dawson Creek to be close to their two children who were living in the area. Jean is survived by her children, Janice (Harald Hansen) and Albert (Barbara, nee Feddema), her grandchildren Trevor Hansen (Retta Moorman), Inge-Jean Hansen (Brian), Ryan Thomas (Janice, nee Quinn), and Lana Naylor (nee, Thomas) (Darren), great grandchildren, Brittany Naylor, Josh Nelson, Hollis Mattson, Marilee Puhallo (nee Pitt), Edward Pitt, Elisa Pitt (Devon) and Caden and Madden Thomas and great-great grandson Michael Puhallo. Thank you to the staff at Rotary Manor for your wonderful care of Jean.
Send Flowers
Share Your Memory of
Jean
Upload Your Memory View All Memories
Be the first to upload a memory!