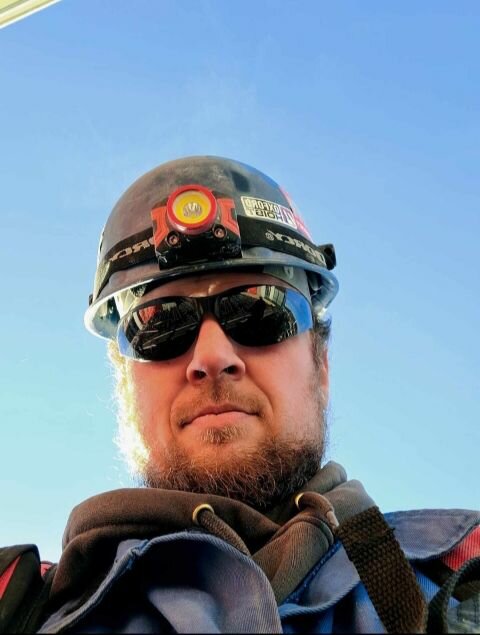 Larry passed away on December 1, 2014 at Points West Hospice in Grande Prairie, Ab at 85 years of age after a courageous battle with cancer. He survived by his sister Dora (Mac) Lucas, his children: Ron (Lorraine), Leslie, Shelly, Jed (Sarah), his grandchildren: Kathy, Heather, Brandon, Garrett, Jessica, Nathan, Rhonda, Richard, Devon, brother and sister in-laws: Eddy Dolaney, Bill Kupka, and Don Williams, as well as ten great grand children, and many nephews and nieces. He was predeceased by his devoted wife of 52 years, Alice (Dolaney) in 2005, his beloved grandson, Karsten Williams in 2006, and his brothers George and Ken Williams. Larry was born in Calgary, AB on Sat. June 15, 1929 to James and Muriel (Cox) Williams. At the age of 9, he moved to Watino, AB where his family started a homestead. His youth was spent enjoying catching critters and visiting with trappers and when he was 15 years old he worked on a road gang and also worked for local farmers. He worked for Imperial Oil as a truck driver for a few years and then the Department of Highways for 17 years as a grader operator maintaining the local rural roads. He married Alice Dolaney in 1953 and they moved to their homestead where they farmed in the Peace River district (Watino). On their 40th anniversary they moved to Grande Prairie after selling their land and cattle. Together in their new house they enjoyed 12 years of gardening, visiting, and playing cards with friends and neighbors. After the passing of Alice, he sold the house and purchased a new condo where he lived for three years. Next, he lived in Peace River for two years before returning to Grande Prairie to reside at the Wild Rose Manor where he happily lived independently for six years until his final restful weeks at Hospice. Our family and his friends reflect fondly on his enthusiasm, constant high energy, his interest in trying new things, his great wealth of knowledge and how he enjoyed the outdoors. His greatest passion of animals, nature, all kinds of pets and wildlife started when he was a very young boy and continued throughout his life. He enjoyed fishing and was an avid hunter until the age of 75, well known for his hunting abilities and his respect for wildlife and all nature. His grandson Devon’s fondest memories of his time spent with his Grandpa growing up was their hunting and fishing trips. He will sadly miss his fishing buddy and the many debates they had on who caught the biggest fish. The family meals were primarily of wild meat and all vegetables, fruit and dairy were grown and produced from the farm. He eagerly provided many hours of enjoyment for all, be it riding horses, skidooing, quading, playing crib and just plain visiting. And above all he will be remembered for taking great pride in doing a good job. He was a good operator, fussy about proper maintenance and his vehicles were always clean and shiny inside and out. He took pride in his personal appearance and was always punctual and ready for the day. He enjoyed country music and watching old westerns, nature, wildlife and horse movies. He had a big smile and enjoyed telling jokes. In his last month's struggling with his illness he told friends and family "Don't be sad for me, I had a good wife and a good life." His request was no service. He will live forever in our hearts and he will be greatly missed.
Send Flowers
Share Your Memory of
Richard
Upload Your Memory View All Memories
Be the first to upload a memory!