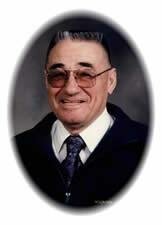 Clinton Douglas Schilds, lifetime resident of Dawson Creek BC, passed away at his home on November 14, 2014 at the age of 50 years. Clinton was born on October 21, 1964, in Dawson Creek, BC. He was the second child of Reta and Doug, brother to Heather. Clinton was fun loving and outgoing, he was quick to smile and a great prankster. Everything Clinton did throughout his life had a story to go with it! His best stories usually took place at the family farm, which was his favorite place to be. Clinton graduated high school at South Peace Secondary School. After graduation he started his career, as a heavy duty mechanic, in Tumbler Ridge at Quintette Coal Mines and later moved on to the Louisiana Pacific Plant in Dawson Creek. During his time working at LP he obtained his millwright ticket and specialized training in vibration technology. Clint worked many years at LP before moving to Northern Lights College where he took a position as an Instructor of the Millwright program until two years ago when his health issues prevented him from working. Clinton married Pamella Lekei on February 29, 1992 and in July of that year welcomed a son, Carston Richard. In July, 1995 Spencer Douglas was born. Clinton’s proudest moments in life were the births of his sons. He loved them both very much. Clinton and Pamella divorced in 2005. Clinton was warm-hearted, good natured, and intelligent. He worked hard at whatever job he was on and he played just as hard. Clint loved the company of family and friends. He will be remembered as a tinkerer, a car collector, a jack of all trades and a master of many. He was a mentor, a musician, a friend, a cousin, a nephew, an uncle, a brother, and a father. He will be greatly missed. Clinton will be lovingly remembered by his sons: Carston and Spencer, sister Heather (Tim) Roberts, nephew Cody Roberts, niece Kailey Roberts, numerous aunts, uncles, cousins, extended family and many friends and co-workers. He was predeceased by his mom Reta and his dad Douglas. A memorial service and tea was held at 10:00am, November 22, 2014 at Bergeron Funeral Chapel, Dawson Creek, BC., officiated by Peggy Bergeron. Inurnment will be in the Dawson Creek Cemetery at a later date. Expressions of sympathy in memory of Clinton may be made by donation to: The Dawson Creek and District Hospital Foundation 11100-13th Street Dawson Creek, BC V1G 3W8
Send Flowers
Share Your Memory of
Clinton
Upload Your Memory View All Memories
Be the first to upload a memory!