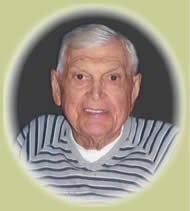 VIOLA MARJORIE THIESSEN 1920 - 2010 Viola Marjorie Thiessen, known by Marjorie by her family and friends, a resident of Dawson Creek, British Columbia for the past 46 years, passed away at Rotary Manor on July 7, 2010 at the age of 89 years. Marjorie was born in Brandon, Manitoba on December 27, 1920, the second child of four, to William Walter Mitchell and Myrtle Maud Mitchell (nee Andrews). She attended her first two years of schooling in the Elton School District, near Douglas Manitoba. In March of 1928 they moved to Blueberry Mountain, Alberta to homestead. This is where she was raised with her older brother Myland, younger brother Kenneth and younger sister Shirley. Marjorie attended school in Blueberry Mountain, Spirit River and completed high school in Grande Prairie. She then trained at the Galt Hospital in Lethbridge for three years and completed her exams in Edmonton to become a registered nurse in 1945. In her 41 years of nursing she worked in various locations in Alberta, California and British Columbia. She was an active member of the Galt Hospital Alumnae Association and enjoyed lifetime friendships with many of the women she had gone to school with and worked with over the years. On June 6, 1958, Marjorie married Isaac Thiessen in La Mirada, California. In 1964 they made their home in Dawson Creek and enjoyed their life together there until Isaac passed away on September 16, 2004. Marjorie remained in her home until her health no longer allowed and then resided at the Pouce Coupe Care Home and later Rotary Manor. Isaac and Marj loved to travel and visit with family and friends. As they had no children, they made a point of spending time with many of their twenty nieces and nephews who were always welcome to come and stay. They enjoyed seeing their nieces and nephews grow up and have families and took the opportunity to spend time with them whenever they could. Marj and Isaac also enjoyed gardening, reading and worshipping together. We all enjoyed and will miss her beautiful smile, her never ending patience and her kindness. When Marjorie was a thirteen she was recognized by the Governor General of Canada for heroic action in attempting to rescue a child who had gone through the ice on a dugout at the Blueberry Mountain School on October 25, 1934. Although many of her other accomplishments were not publicly recognized, they were no less important. She often sat with the sick and dying and did her best to make them comfortable. She often worked through Christmas so that the nurses who had children could be home with them. For several years, she volunteered at The P.L.A.C.E. in Dawson Creek once a week to teach baking and cooking. Marjorie is survived by her brother, Myland Mitchell (Margaret) of Spirit River, sister, Shirley Miller of Dawson Creek, nineteen nieces and nephews and their families. A funeral service was held on Tuesday, July 13, 2010 with Reverend Noel Smith officiating. Interment followed in the Brookside Cemetery, Dawson Creek, British Columbia. Expressions of sympathy in memory of Marjorie, may be made by donation to the 'Rotary Manor' for the activity fund 1121 - 90th Avenue, Dawson Creek, British Columbia V1G 5A3.
Share Your Memory of
VIOLA
Upload Your Memory View All Memories
Be the first to upload a memory!