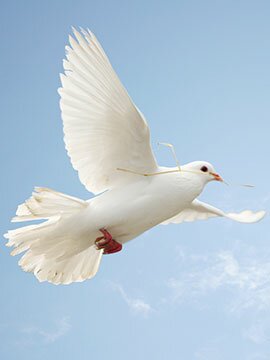 Frank and his twin brother John were born to George and Helena Thiessen in Rush Lake, Saskatchewan. He was the third of seven children. As a young child, Frank gave his life to the Lord while attending Daily Vacation Bible School and it became his purpose to serve Christ.

Frank and John loved to hunt, do taxidermy, and work with animals. They had a dream to ranch and in 1963, John and his wife Elma moved to the Peace Country to check out prospects there. In 1965, Frank sold their cattle in Saskatchewan and moved to the Fort St. John area to stake land with John along the banks of the Blueberry River off the Alaska Highway at Mile 81. They worked hard to blast a road into their place, make improvements on their land, build a log cabin, and start ranching. In 1968, Frank began writing a friend of Elma’s back in Manitoba, and when Elma invited Kathy for a visit to meet Frank, they knew they were meant for each other. In November 1968, Frank and Kathy were married, and a second log cabin was built in the beautiful river valley. They raised their families mostly off the land, moose were plentiful, berries were picked every year, and big gardens were part of the landscape on the homeplace.

Frank and Kathy had two children, Kevin and Marilyn. Both John and Frank loved music and so together with John’s family who had three sons, James, Jack, and Jeremy, they sang at many functions. Frank played mandolin (until the meat grinder took a fingertip), John play guitar, Kathy and Elma both played piano, and all the kids learned to play instruments. When the day’s work was done, many evenings were spent singing and playing music together and using this gift to praise their Lord and bless others around them.

A trail through the back fields to Buick Creek was where Frank and John’s families became involved in the Buick Creek Church. In the 80’s a better road was built making interaction in the community much easier, and in 1985, Hydro was brought in which made life a lot simpler too, yet the skills and self-disciplines learned in the early years reaped many benefits in their own lives and those of their children as they learned to trust the Lord to meet their needs. Frank and Kathy were involved in leading Bible studies in the community and were Grandpa Frank and Grandma Kathy to several children in the area.

In later years, Frank and Kathy had opportunity to go to Venezuela as associate missionaries to help out missionary families. They made three trips there on various occasions, staying about year at a time. Their last trip, in 2002, when Frank was 70, the missionaries heard that guerilla rebels were in the area. Frank and Kathy helped them quickly pack up their houses, and fly their things out of the tribe in a few days. Later they heard that two days after they left, men had come asking for the two white men, Frank and the other missionary. God had again undertaken for them. In 2000 they made a trip to Russia to visit Craig and Marilyn, who were missionaries there for a time.

In 2009, Frank and Kathy made a move from the ranch to retire on their son Kevin’s farm on the east side of Buick, where they set up a modular.  Frank enjoyed helping Kevin on the farm with bagging grain, operating tractors etc., for several years, and in the last years watching from the big living room window where he could keep an eye on the farm activities, or watch his grandson’s antics in the corral as he trained horses.

Spending time with his grandkids, working alongside them, and speaking with them about the Lord brought Frank great joy. His legacy of faith was so intertwined in his life that one could hardly speak of him without acknowledging his faith in Christ.

In December 2013, Frank had an incident with his heart that suddenly weakened him, and in July 2014, a second incident occurred which indicated he needed a pacemaker and was medi-vacced to Edmonton where that surgery was performed. Over the next several years, Frank’s health and strength declined, and he began having sudden blackouts from bouts of a racing heart and would often fall. In March 2017, he had a fall from a blackout which resulted in a brain bleed and he was hospitalized for two months. In May 2017, he was sent home from the hospital to live with his daughter Marilyn, as he was not improving and the family felt his last days would be better with his loved ones. However, Frank rallied and went home to live with his wife after five weeks and did amazing for the next few years. The last years he has been anticipating his homegoing to be with his Saviour. He celebrated his 88th birthday on April 17, and on Sunday, May 3, 2020 Frank went home to be with Jesus. He leaves behind a wonderful legacy: one of love, kindness, and faith that will be remembered for generations to come.

Frank’s heart was for people to know that Christ died for their sins, and that all who believe in the shed blood of Christ for their personal sin can have eternal life in heaven.  However, he was also burdened to warn people that without faith in Christ, eternity in heaven is not possible and the price is eternity in hell.

John 3:16-18 “For God so loved the world that He gave His only begotten Son that whoever believes in Him should not perish but have everlasting life. For God did not send His son into the world to condemn the word, but that the world through Him might be saved. He who believes in Him is not condemned; but he who does not believe is condemned already, because he has not believed in the name of the only begotten son of God.”

Frank is survived by his beloved wife Kathy, married 51 years; son Kevin (Tina) Thiessen, grandchildren - Kristen, Karis, Jared, and Trevor Thiessen; daughter Marilyn (Craig) Crowe, grandchildren Conner & Briella Crowe. He is also survived by his sister-in-law Elma Thiessen, sisters Gertrude Rempel, Justine  (Clarence) Wiebe, and brother Henry (Vivian) Thiessen, and many nieces and nephews. He will be greatly missed by his relatives, friends and neighbours; yet we would never wish Frank back on this earth knowing that his journey here was well traveled and his joy today knows no bounds as he is in the presence of our precious Saviour.

From 2 Timothy 4: 7, 8 come the words of the apostle Paul which resonate with Frank’s life:

“I have fought the good fight, I have finished the race, I have kept the faith. Finally, there is laid up for me the crown of righteousness, which the Lord, the righteous Judge, will give to me on that Day, and not to me only but also to all who have loved His appearing.”

Share Your Memory of
Frank
Upload Your Memory View All Memories
Be the first to upload a memory!
Share A Memory
Send Flowers