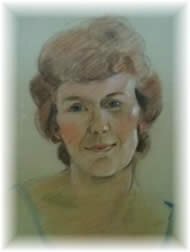 Dennis Storms, resident of Progress, BC passed away on Friday, January 17, 2020 in Dawson Creek, BC at the age of 68 years.

Dennis Everett Storms was born on May 15, 1951 in Edmonton, Alberta. He was the only surviving child of Cornelius and Doris Storms.

Dennis attended local schools in Edmonton and graduated from Harry Ainlay High School in 1969. He married Pat Allen, and with young son Randy, two more siblings joined the family; Joey and Denise. To find work Dennis moved his family to Dawson Creek. Unfortunately, the marriage ended and the family returned to Edmonton.

Dennis spent his youth doing boy stuff and hanging out with his many cousins. As a young adult most weekends were spent tweaking his car as he was an avid car buff and loved to street race and dune buggy.

In 1977 Dennis met Suzanne Garrett. In the early years, there was lots of camping and hanging out at various drag racing events that took them from Edmonton to Prince George. Dennis was an avid photographer; taking wedding pictures, portraits and catching the “flames” from the drag cars. In 1988 Nathan was born, followed by Tristan in 1992.

In 1980 Dennis started working for Northern Health, first in the laundry at the DC Hospital then in maintenance at Rotary Manor. He became quite involved with the local and held the positions of President and Shop Steward. He was always available if anyone needed him.

In 2003 he was diagnosed with cancer. No matter what the disease threw at him, he faced it with an inner strength, humor and determination.

In 2019 (October) Dennis retired from Northern Health after 39 years.

Dennis was predeceased by his parents and siblings.

He is survived by his wife; Suzanne, sons; Joey, Nathan, Tristan and daughter; Denise.

With respect to Dennis’s wishes no formal funeral service will be held.

The family would like to express its sincere appreciation to the Doctors, nurses at the hospital and the South Peace Cancer Clinic for the wonderful care Dennis received.

For friends so wishing, donations may be made in memory of Dennis to the Canadian Cancer Society BC, 565 West 10th Avenue, Vancouver, BC V5Z 4J4.

Share Your Memory of
Dennis
Upload Your Memory View All Memories
Be the first to upload a memory!
Share A Memory
Send Flowers