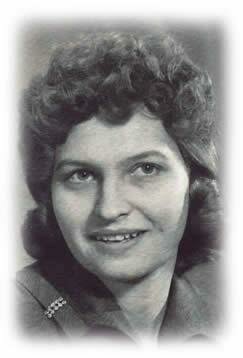 It is with heavy hearts that we announce the passing of Jose Martins a long-time resident of Chetwynd BC. Jose passed away with his family by his side on Monday, December 16, 2019 in Prince George, BC, at the age of 59 years.

Dad was raised like most kids back home going to school and working on the farm. This is where he was taught his hard work ethic. If you didn’t farm you didn’t eat. In dads’ teens he loved hanging out with his friends and riding his motorcycle. He suffered tragedy at a young age losing his mother at birth and his father in his late teens. From that point Dad struggled with what he wanted to do with his life. It was either continue with what he was doing or find something new.

From time to time dad talked to his Aunt and Uncle who lived up in Fort Nelson. His Aunt and Uncle basically told him come to Canada as there was a lot of work on the railway. So, in 1982 at the age of 21, he came over with a suitcase and started on the railway. For those who don’t know his Aunt and Uncle, they were like a mother and father to him, guiding him through this journey. Dad’s first posting on the railway was here in Chetwynd where he started to build a name for himself. He worked almost 3 years before going back home. That trip back home was one to remember. This was when he met Mom through a mutual friend. It didn’t take long before dad asked mom to come to Canada with him and start a new life together.  One thing had to happen first, they had to get married. So, on February 9, 1985 they got married in Portugal. It wasn’t long after that once mom’s papers went through, she was in Canada and mom and dad settled in Fort Nelson. I couldn’t imagine coming to a foreign country, learn a new language and start over their life. It wasn’t easy but they met a lot of amazing people that helped them through their journey. I want to thank them especially for everything they have done for the family, you are family and hold a special place in our hearts.

Later that year in 1985 they had their first child Nelson. They were so proud a boy to carry on dad’s name. Five years later they had their second child, Patricia. A beautiful girl that melted dad’s heart away. In 1992, dad transferred to Chetwynd and the rest you can say was history.

We would be remised not to mention Dads other family. Dad worked 37 years for the railway under BC Rail and CN Rail. It was his passion. There was not a day he didn’t invited someone he worked with to the house for the family to meet. There wasn’t a day he didn’t look out the back window of the house in Chetwynd to see the train come in or out of the yard. He spoke highly of everyone he worked with. His co-workers were his brothers, or his kids is what he used to say.

A funeral service was held on Monday, December 23, 2019 at 1:00 PM at Our Lady Peace Catholic Church Chetwynd, BC. Father Rene Antonio officiated. Interment followed in the Tuscola Mountain Cemetery.

Share Your Memory of
Jose
Upload Your Memory View All Memories
Be the first to upload a memory!
Share A Memory
Send Flowers