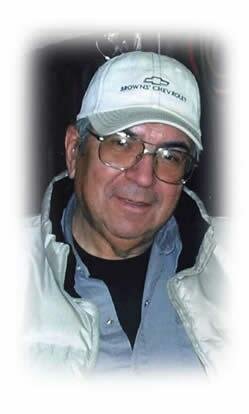 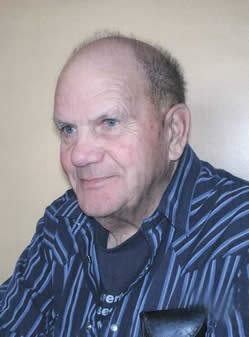 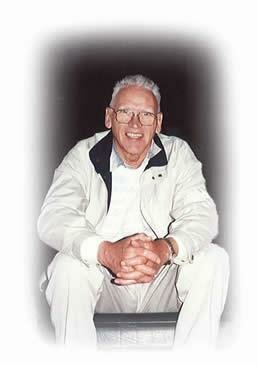 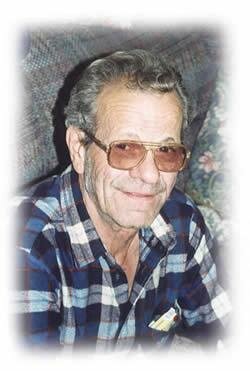 Roger Rohel, a long-time resident of Moberly Lake, BC passed away suddenly on Wednesday, December 11, 2019 in Moberly Lake, at the age of 60 years.

Roger Pierre Rohel was born on April 9, 1959 in Pouce Coupe, to Auguste and Marie Rohel. He was the second child born in the family. Roger was raised in Moberly Lake, BC and attended Moberly Lake Elementary , Don Titus, and Chetwynd Senior Secondary. In Grade 10 he quit school and went to work.  Roger worked for his dad after he got his class one license.  After that he owned his own trucks for a while, which was Roger Rohel Trucking. Roger has worked for many different companies in the Chetwynd area over the years. When Roger was younger he helped his dad mechanic and he rode a dirt bike that his dad had built him. Roger preferred listening to the older country music but he would listen to some rock and newer country music.  Roger also went to Hawaii in 1979.

Roger and I met in July 2002.  Roger kept chasing me and I thought he was too old for me as he was 19 years older than I was, but then on August 16, 2002 we started dating.  Roger had decided the way to my heart was jewelry and he bought me a bracelet. He would come out to Misty Meadows Ranch and go riding with me to check cows, even though he knew nothing about cows.  Then in January 2003 we found out we were expecting our first child in the fall. The spring of 2003 Roger spent time with me on the ranch checking cows at calving time.  We had to pull a calf and it had to be lifted up to get the water out of its lungs. I told Roger what he had to do as he was taller than I was; he to pick it up by its back legs so I could get stuff out of its mouth.  Roger thought I was crazy but he did what I had asked but found out it worked.  My first birthday with Roger he bought me roses.  Then that fall, on October 1, 2003, Kenneth was born.  Roger cried when Kenneth was born.  It surprised me for such a strong man that he would cry when his son was born.  Roger was happy we had a son as he said he didn’t think he’d ever have any kids, as he was 44 when Kenneth was born. Roger was still living with his mom and grandma so he wasn’t there everyday with Kenneth and I. Finally, in May 2006 he decided to find a place for us to live and we rented a place up Boucher. Later that summer we found out we were expecting our second child.  Roger was really excited about having a second child and wanted a girl.In January 2007 we found that our child was going to be born with half a heart.  We weren’t sure what to expect once our child was born, we were scared that he might not make it as we had never heard of a child having a half a heart. Roger kept telling me that our child was going to be born on his birthday, April 9, even though the baby wasn’t due until April 20. At the end of March we went to Edmonton to wait the arrival of our child, as the baby had to be born close to the hospital in Edmonton so they could take care of the baby.  Roger also told me the baby better come early in the morning as he didn’t want to be driving through Edmonton in the day as he hated traffic and there was lots of traffic in Edmonton. So, with Roger being lucky, I went into labour early morning on his birthday and our second son was born on his birthday.  I told Roger I never had to buy him a gift for his birthday as I’d given him a son for his birthday. We spent the next 6 weeks in Edmonton with Wesley before he was healthy enough that we could bring him home. We were always scared something was going to happen to Wesley since he had only half a heart.  We went through a lot in the first couple years with Wesley, it was very challenging for both of us.

In May of 2009 we moved into another house with more acres. So then we had to do some fencing for our horses. A year or so later, my parents had to move so I convinced Roger we need to take the cows so I had stuff to do; we did more fencing and brought the cows here. Roger told me there was no way a calf would be in our house no matter what but the first spring we had the cows, one calf was born when it was cold and I brought it into the house.  Roger was not happy about but it worked and we saved the calf.  Eventually, he was ok with having small animals in the house. Roger learned what to do with the cows and calves and he liked looking after them. Roger had bought our kids horses to ride, as he liked that the kids wanted to ride horses.  He bought Kenneth a mini horse when he wasn’t even 2 yet, and then when Wesley was ready to get a horse, we got him one too.  As the boys got older, they found that they like quading so we bought them quads.  Then, in the last few years the boys wanted to learn how to shoot, so Roger bought them a gun and took them out to target practice and to learn the proper way to handle and shoot a gun with care. In the last 10 years Roger did most of the stuff around as after Wesley was born my hips got bad and I had a hard time doing some things. When I got my hips replaced six years ago, I had to be very careful so I didn’t hurt myself. Roger made sure I didn’t lift anything heavy or do something that would wreck my hips.  Roger was always doing thing to make sure I wasn’t going to get hurt.

In 2013 Wesley got a vacation to Disney World from the Wish Foundation so as a family we went to Florida for a week. We had lots of fun down there doing family things and seeing stuff we hadn’t seen before. The boys wanted to see the ocean in the worst way so we made our way to the ocean for the boys to swim. I remember that Roger thought he could make it back to the car without his shoes on and the sand was so hot he burnt the bottom of his feet getting back to the car. He had a blast in Florida, considering there was so many people. Roger was from the country and wasn’t  fond of a lot of people around; he preferred being at home with us. We didn’t go a lot of places but we did lots at home as a family when he wasn’t working.

Roger always loved buying me nice things like jewelry and clothes. If it was something he liked he bought it for me.  When the boys would want something, he usually got it for them.  A few years ago we got a hot tub and we spent lots of nights in the hot tub. Since Wesley got cold easy, he was always trying to figure out a way that it would make it warmer for him.  Roger had so many plans for us to do next summer. Even before he passed away on December 11 he had ordered a bracelet for me for Christmas this year. Totally shocking me when it came in the mail before Christmas as we usually went shopping together just before Christmas so I didn’t think he had time to get anything. So you could say that our life started when he bought me my first bracelet and also ended with him buying me a bracelet for Christmas.

Roger is predeceased by his father; Auguste, mother; Marie, brother; Dennis and both sets of Grandparents.

A celebration of Roger’s life was held on Saturday, December 28, 2019 in Moberly Lake, BC.  Interment will be held at a later date.

Share Your Memory of
Roger
Upload Your Memory View All Memories
Be the first to upload a memory!
Share A Memory
Send Flowers