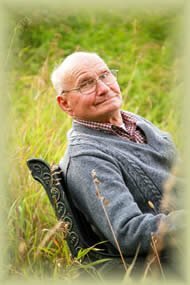 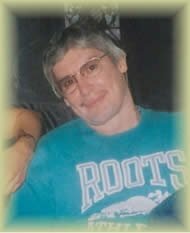 It is with heavy hearts that we announce the passing of Ramon “Ray” Cline, a long time resident of Dawson Creek, BC. Ray lost his 11-year battle with cancer on Monday, December 2, 2019, in Dawson Creek, at the age of 61 years.

Ramon was born April 17, 1958 in Rimbey, Alberta to Clevan and Arlene Cline.  He ended up settling in Dawson Creek, where he married his wife Iris in the winter of 1980 and then produced 3 strapping young lads; Tyson, Devon, and Landon, whom he took great pride in.

Two of his favorite hobbies were hockey and golf, he enjoyed both following the pros and playing the sports himself. He refereed hockey in the community for a number of years as well as coaching his young boys and he was also a long time, very dedicated, member of the Fossils Hockey Team.  His love for golf was to such a degree that he would wake up at 5 AM during the week before the course was even open to get in a round with friends before going to work. Later on, he became quite talented at woodworking, especially with his lathe where he produced many extravagant pens and bowls for us to remember him by.

Ray is survived by; his loving wife of 39 years, Iris, his three sons; Tyson (Kristine), Devon (Brittany) and Landon, grandsons; Lance, Colten and Mayz, mother, Arlene, as well as many other family members and friends, all who will miss him dearly.

Ray’s family may announce a Celebration of his life in the spring. Interment will be at a later date.

For friends so wishing, donations may be made in memory of Ray to Dawson Creek & District Hospital, Oncology Unit, 11100 13 Street, Dawson Creek, B.C. V1G 3W8.

He will always be in our hearts and memories. Goodnight sweet prince.

Share Your Memory of
Ramon
Upload Your Memory View All Memories
Be the first to upload a memory!
Share A Memory
Send Flowers