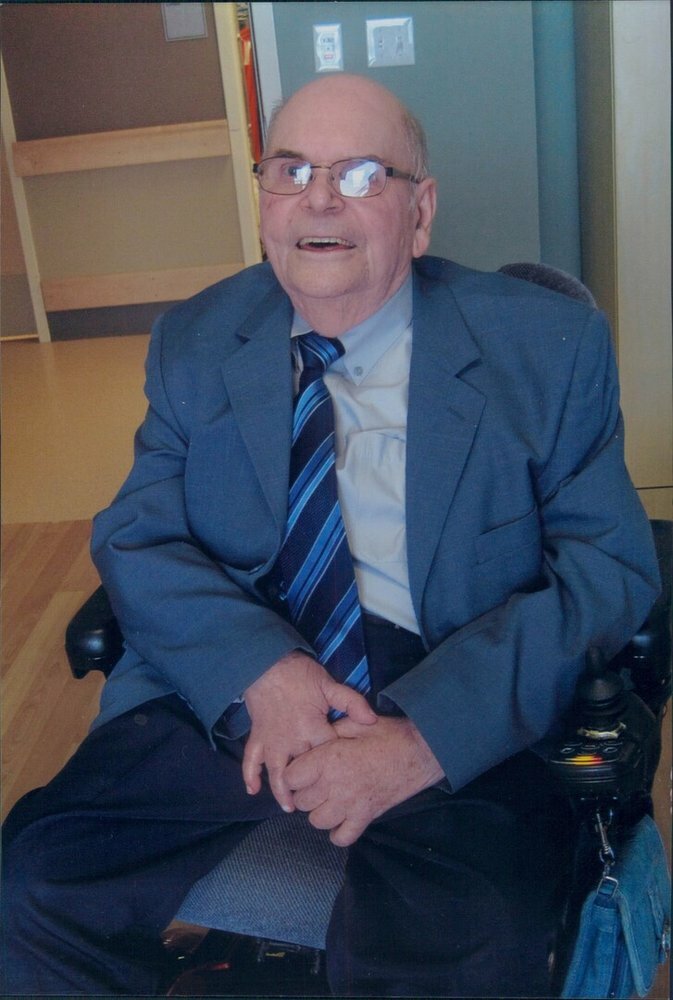 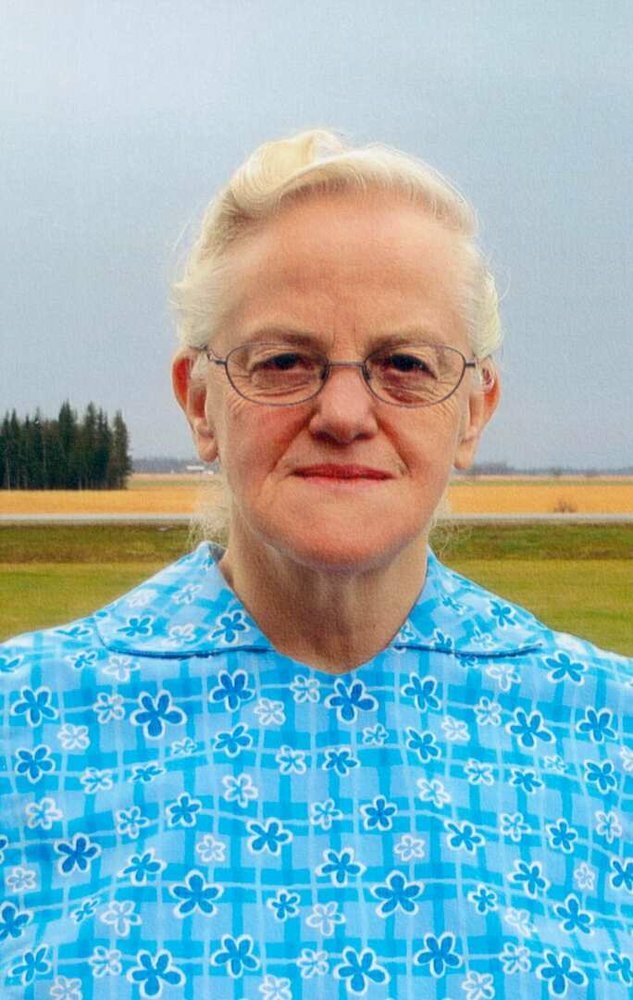 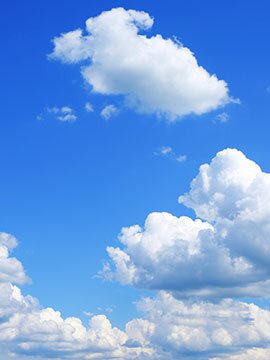 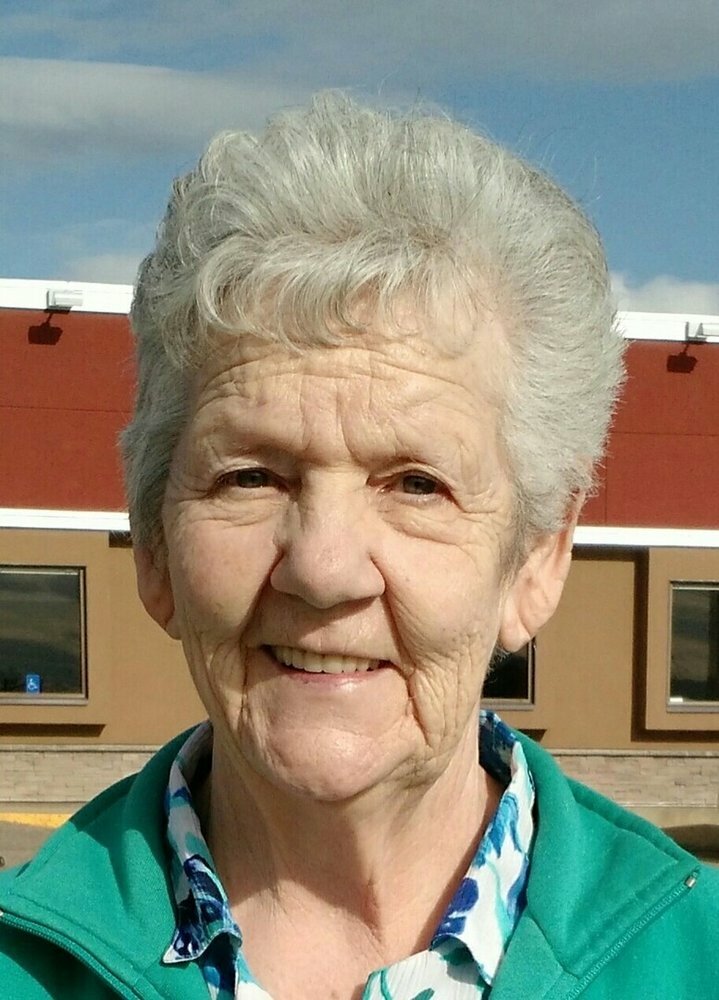 It is with great sadness that we announce the passing of Jules Bouvier, a long time resident of Dawson Creek, B.C. Jules passed away on Tuesday, April 23, 2019 in Edmonton, Alberta, with his family by his side at the age of 87 years.

Jules was born on April 11, 1932 in Meyronne, Saskatchewan.  At the time, he was the eighth child of Paul and Alma Bouvier.  Paul and Alma’s family continued to grow and Jules ended up with 12 brothers and sisters.  When Jules was only 16 he lost his mom to breast cancer.   Jules’ father married Lucie Morrisette who already had 6 children.  Together they had another 5 children.  In all, the his-hers-and theirs family had 24 children. This led to some very large and boisterous family reunions.

Growing up in Saskatchewan during and after the Great Depression was very tough.  Jules would talk about helping on the farm and shooting gophers and selling their tails to earn money for the family.  In his early school years, Jules and some of his brothers and sisters would ride in a buggy to a country school.  Many of the neighbours around the farm were Bouvier relatives so almost everyone attending the small school was a cousin or a sibling.  Sometimes the snowstorms were so bad that they had to walk beside the horse and follow the fence lines to find their way home.

Later Jules attended College Mathieu, the Roman Catholic school in Gravelbourg.  Jules and some of his brothers lived in the dorms.   He was homesick but still mischievous.  He loved to share a story of how he tried to convince some of the boys that soap and water on your bum would protect you if you got the strap from the priest.

When Jules was in his early 20’s he decided it was time to set out on his own.  He travelled as far as Maillardville near Vancouver with friends, but decided that wasn’t where he wanted to be.  He went to visit his brother Don in Morinville near Edmonton.  There he met his sweetheart, Laurette.  They were married on a cold winter’s day November 23, 1955.  They were married for 63 years – quite an accomplishment.

Lorraine was born in September 1956.  The oil and gas industry was not steady work so in January of 1957, Jules and Laurette decided to move to Dawson Creek so that Jules could work for Laurette’s brother, Joe Lafond at Lawrence’s Meats.  They left Drayton Valley with a pound of cold wieners, an old 1951 Chevy, and a 3 month old baby.  All along the way they had car problems.  They were almost at Wembley corner when the ­­­­­lights gave out.  It was freezing cold.  They had very little heat in the car.  They were lucky to find a small country store that was open.  They only had $17 in their pocket. The store owner allowed them to change the baby’s diaper in the warm store, sold them $2 of gas and a new battery.  They finally arrived in Dawson Creek after 16 hours of being on the road.

Pauline was born in August 1957. Richard was born in May 1959.  The Bouvier family was now complete.

In 1965 Jules and Laurette and Jim and Lucille VanTassel purchased their property at Swan Lake.  The property cost $600 which was a huge investment for both families.  But this investment was well worth it as the families had so many wonderful times.  All the kids learned to waterski, fish, ride motorcycles and to enjoy nature. Jules loved all these activities as well and continued to water ski until he was 65.   Jules and Jim spent hours trying to outdo each other at horseshoes, they even installed lights so that they could play well into the night.  The cabin was a natural place to invite friends.  It was also a place where Jules taught his family the value of hard work as they cleared the land, built cabins, sheds, and outhouses.  They also spent hours cutting weeds.  Jules even designed and built a weed cutter to cut the weeds in the lake.    Every couple of years, Jules would make improvements to his design adding aluminum pontoons, new motors, and cutting blades.  He had already purchased all the pieces he needed to improve it even more.  He had planned to work with Richard to change the weedcutter to a hydraulic system this summer.  Even in later years Jules found peace and enjoyment at the cabin.  This winter he fed his beloved birds 180 pounds of bird seed.

Jules continued to work for Lawrence Meats until 1971 when he purchased the garbage contract from George Able.  It was during this time that Jules really showed his family the value of hard work and perseverance.  Everyone pitched in to do what they could help to the company succeed – Laurette looked after the books, Richard was a truck driver and mechanic, Lorraine helped Laurette with the books.  Pauline got her Class 3 drivers’ licence with air just in case she would be called upon to drive a truck.  Even Bruce helped out by throwing garbage cans during the Christmas holidays.

When the oil and gas industry was just starting to boom in the Peace River country, Jules expanded his business to provide garbage services to rigs and well sites throughout north and south peace.  In order to do so, he had to lobby the provincial government and have the regulations changed.  Prior to this time, all the rigs used burners to dispose of their garbage.  Jules was able to demonstrate that containers were the better way to provide garbage services.  As a result, the business often operated 24 hours a day.

In 1991, Jules sold his business and he was able to retire.  This allowed Jules and Laurette to travel to Arizona every winter for 22 years where they made some wonderful friends.  The rest of the family had a great winter vacation place to visit and Laurette and Jules visited Disneyland multiple times through the years with their kids and grandchildren.

Jules and Laurette were blessed with six grandchildren.  Michelle, Mandi, Ryan, Amy, Trevor and Chelsea.  As grandparents, they spent numerous hours watching soccer, hockey, baseball, swimming and dance.  The best part of all was that Jules had another generation of kids to bring to the lake.  It also meant that they had lots of company when they travelled across Canada in 1999. To celebrate Jules and Laurette’s 50th wedding anniversary in 2005, 16 members of the family went to New Zealand. It took a lot of coordination on Pauline’s part to arrange vehicles, accommodations, flights and a detailed schedule that even included who was cooking and who was doing the dishes.  It was a fantastic experience that encouraged Jules to later go on a bus tour through Italy and to take a cruise through the Panama Canal.

Over the last 11 years, Jules has had the pleasure of being a great grandfather to Keira, Aiden, Sydney, Alexander, Morgan, Julian, Cooper, Jack and Aura. It was a joy for him to see his great-grandchildren at the lake house.  He was so tickled when Keira, Aiden, and Sydney got up on skis and the other kids were willing to try.  He said it reminded him of when he was teaching his kids to waterski.

Christmas is a special time for the Bouvier family. We get together in early December to decorate Jules and Laurette’s house.  On Christmas eve, some of the Grandkids and great-grandkids sleep over at Great Grandpa’s. Christmas morning is exciting and filled with laughter as Santa is usually a pretty generous guy.   On New Year’s eve, we often go out to the cabin.   We toboggan, play hockey on the lake, throw snowballs, and enjoy the wonderful fireworks.  It is one of the best times of the year to remember how lucky we are to be part of a strong and caring family.

Jules enjoyed playing cards and board games.  In recent years, he especially enjoyed his time playing cards with Paul and Georgette Girard and Ron and Irma Bergeron.  He also looked forward to playing cards on the weekend with his family and crib with the Seniors when he was feeling well enough.

Dad was a Notre Dame parishioner from 1957.  He was an active member of the Knights of Columbus and helped maintain the Church grounds at Swan Lake until 2017.

Jules loved to watch Canadian hockey and football.   He especially loved to watch the Montreal Canadiens and the Saskatchewan Roughriders. Since Jules had the biggest TV and the satellite sports package it was natural that a lot of nights were spent cheering in front of his TV.

Jules has left us with so many wonderful memories.  He had strong values -- he had been a successful businessman through hard work and determination, but according to him, his greatest accomplishment was his family.  He was so proud of all of them. They are so lucky to have had him as the head of the family.

Jules, we wish you peace and to your family we wish them comfort in knowing that you loved them all very much.

For friends so wishing, donations may be made in memory of Jules to the Cross Cancer Institute, 11560 University Avenue, Edmonton, AB T6G 1Z2.

Share Your Memory of
Jules
Upload Your Memory View All Memories
Be the first to upload a memory!
Share A Memory
Send Flowers