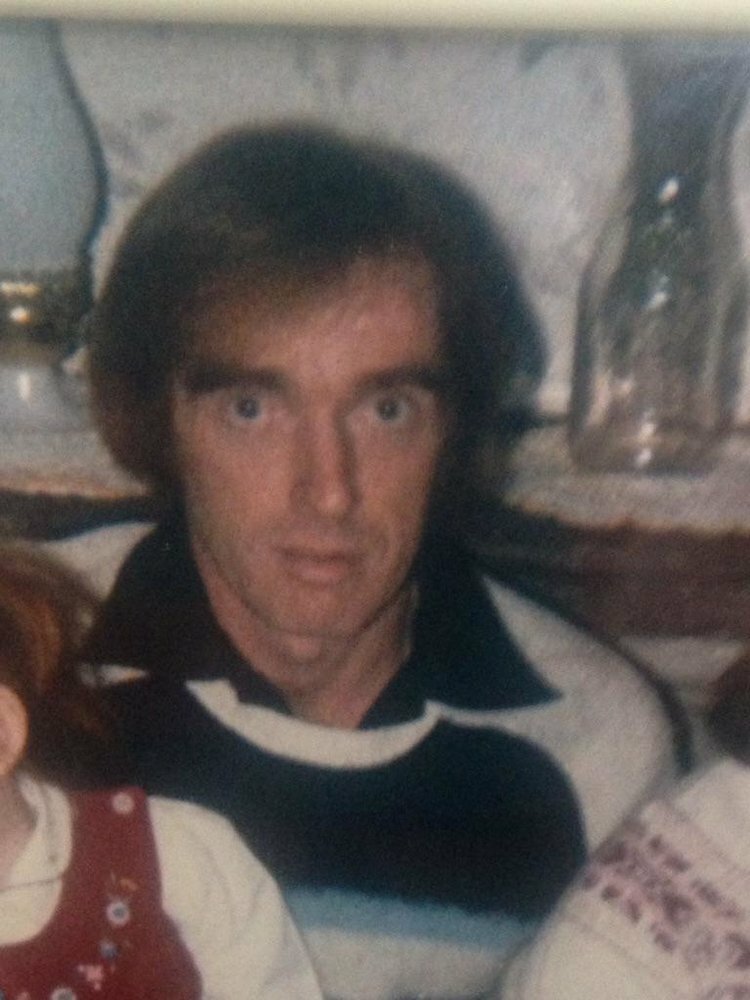 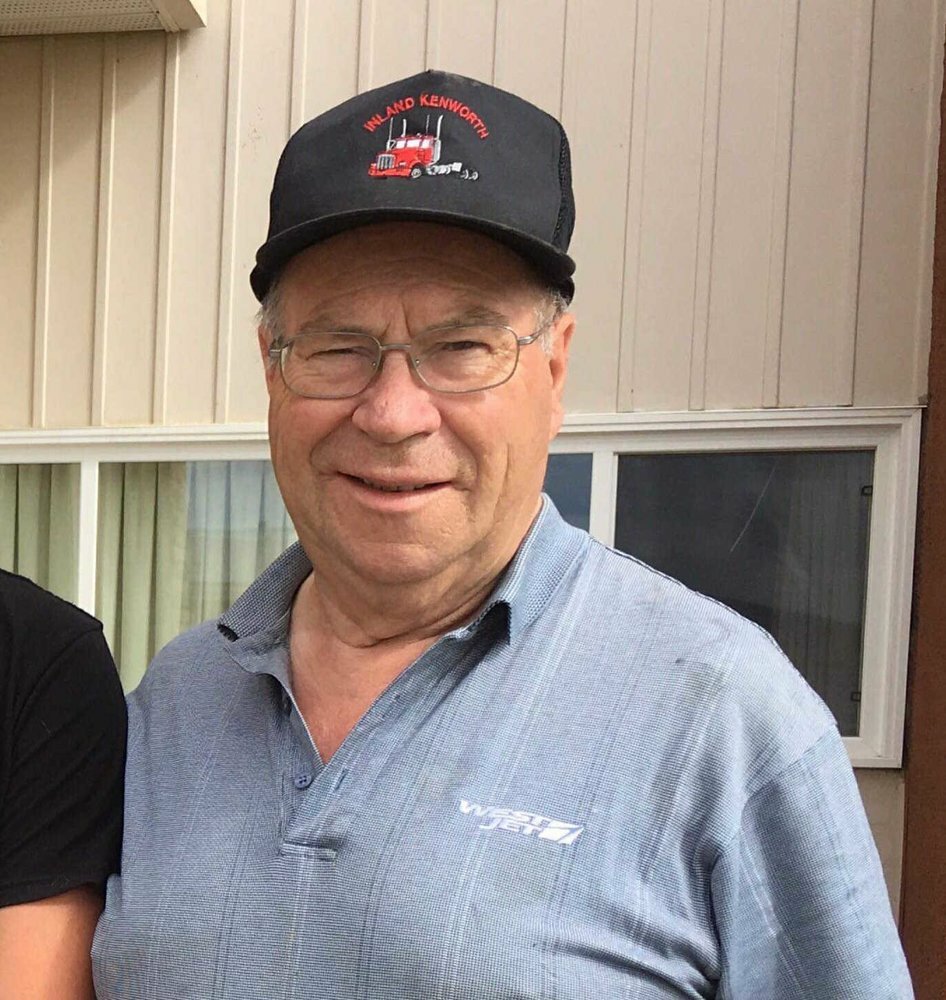 It is with heavy hearts that we announce the sudden passing of Asia Anderson. Asia, a resident of Dawson Creek, BC, was taken from us suddenly on Sunday, September 23, 2018 near Taylor, BC at the young age of 10 years.

Asia Marie Anderson was born January 5, 2008 in the Dawson Creek Hospital, the second child born to Torry Anderson and Vanessa Konschuh and little sister to Angel. Asia’s favorite person was her daddy. Even though she didn’t see him often she talked about him every day.

Asia had a love for the outdoors that started at a very young age. She would go camping and fishing with her Mom and Dad. Salley and Ed were usually right there with them. This love continued on with her Grandma Rae and Rick, but their camping was a little different in the motor home. Asia was okay with that as long as they had the campfire going. Being cold really wasn’t her thing.

In the past few years Asia spent a lot of time with Miss Christine and Tim. They did so many things like camping, church, crochet club and much more. Crochet Club consisted of her friends from school. There were so many activities that kept her busy while her Grandma Rae, the woman she openly admitted in her self-esteem book to admiring the most, was at work.

By the age of 3, Asia grew a love of spicy food, especially Ed’s chicken curry. The spicier the better even if it meant tears rolling down her cheeks. Closely behind that was poutine and popcorn. That girl loved her poutine.

Asia attended Trembly School for the past 6 years. There she found some of her very best friends, Bella, Angela, and Sophia. This is where her love for so many things come from; reading, puzzles, math and her greatest accomplishment volunteering to be a part of the leadership team. She was so proud when she got her leadership hoodie last year.

There are so many things Asia loved. Going to Chloe’s where she would play and being around the piano. Miss Christine introduced Asia to Echo where her love for piano blossomed and she learned how to really play. Asia would listen to Kayleigh and Daylen talk about bowling, so she thought, hey I will give this a try. In her second year of bowling she won regionals and went to Vernon to compete against all of British Colombia. Even though she didn’t place, she still had a great time and made many memories.

Asia unfortunately lost her mom, Vanessa, almost 3 years ago. It was then she went to live with her Grandma Rae, where they did many things together. Including spending the day with Auntie Karry and the kids which always ended up at Wal-Mart, her favorite place, and McDonalds. It took a lot, but grandma let her get a cat. A tailless minx named Fluffy. She always hoped she would actually become fluffy.

This past year Asia ended up with a low thyroid and needed medication and regular needles; she was so brave. She never cried or fussed about it, but she sure did want Christine to forget about the appointments every 6 weeks. She liked to hold Christine's hand tight and look at her in the eyes when the nurse drew her blood. We found this entry in her prayer journal, “God, I hope my needle won’t hurt, Amen.”

Every now and then something would challenge Asia and she had NO idea what was happening and would become angry and frustrated. One day Christine told her that is what the rest of the world feels like most of the time, with everything new we learn, we must work at things. She was not used to that and found herself a bit confused by the idea. One of her prayer journal entries she said, “God I am happy I can trust you with my life. I will not have to worry about anything! Amen.”

Asia learned about the love of Jesus from Christine, soccer camp, and church on Sunday's. Over a year ago, Asia chose to believe that God sent his son Jesus to die on the cross to take her place, so she could be forgiven and go to Heaven when she died. We can know that she is in Heaven with her Savior. From her prayer journal I quote from July 23rd, “God, I am happy your son took all of my sins when your son died on the cross. Amen” and “God, I love you with all my heart, nobody or anything can be put above you, yay!” Asia's savior was very important to her. She memorized 56 versus from the bible and Christine planned to present her with an achievement award in church this fall.

Speaking of church, Asia was loved by everyone at her church in Rolla. Every Sunday she would run around hugging many people that she knew and loved, like Pastor Bob and her Sunday school teacher Twyla, and her soccer camp coaches. She would sit in the front and sing at the top of her lungs. Music and singing were one of her many talents and loves in life. The Sunday of the accident, she was wearing her soccer camp hair band, with the little soccer balls on little springs, jiggling around with every move. She brought a lot of giggles and memories for church to cherish that day. That was part of who Asia was. She wasn’t afraid of what people thought. She loved colors and sparkles and would wear more colors and prints in one outfit then anyone had ever seen. But for her, it matched her personality and looked amazing.

Asia loved to dress up for Halloween, she didn't like the candy, but she loved to dress up. Holidays were such an exciting thing for her, especially Christmas! She got to put the star on the top of the tree, and she really loved Christmas music, which she would play all year long!

Asia recently got her ears pierced and was so excited to pick a new pair of earrings. We can only imagine what kind of sparkles and lights that would be flashing from her ears if she had the opportunity. Asia was just beginning to care about her hair being wavy and looking pretty. She would point out her wavy hair to everyone who knew her and explained who braided it and when, to get it to look that way. Knowing this about her, you will understand this prayer journal entry, “I love that you love us so much. You count all the hairs on our head. Amen.”

Asia loved to hug so many people, family and friends alike. Sadie tells of how she would greet Asia by swinging her around in a circle and when it was goodbye, Asia would wrap her arms and legs around Sadie’s legs until she promised to come back. When she hugged Jarod, he would crack her back with a big bear hug and she would go, “thank you Uncle Parrot.”

She loved horses and the outdoors so much. Every summer she went to Camp Sagitawa and talked about when she would be old enough to go to horse camp next summer. Christine and Tim would take her to Morgan and Audrey’s to play with the puppies, she loved to collect eggs from the chickens, and go on the quad to see the horses. They would take her to Twyla’s place to ride horses and play in the dugout and to Richelle’s house for jumping on the trampoline and playing around the dugout as well. She was always so excited to go to the farm. When asked if she would like to go the answer would always be, “YAY!”

We talked about horses being in Heaven and suddenly Heaven sounded amazing to her. Asia passed peacefully in the accident. It was so fast. She would have felt no pain. She is in Heaven with Jesus eating her favorite foods, riding horses, singing, knowing the perfect love of an amazing God. Never being sad or frustrated or hurt ever again. She is fulfilling her destiny, what God created her for, and she will be forever missed and forever in our hearts. Two last quotes from her prayer journal say, “God, thank you Heaven to be way better than earth. Amen”, and from August 20th, “ I cannot wait to go to Heaven when I die. Amen.”

Just having her in our lives for the time we were given was a gift. One we will be thankful for all our lives. We are all forever changed because of her presence in our lives.

Asia had a bubbly, sparkling personality. She was usually found with a smile on her face she was always showing her true colours, being kind, helpful, friendly, and generous. If you ever needed anything she was there.

Asia is loved by so many family members. Family was a very important part of Asia’s life and she adored and talked about each one. She is the daughter to Torry Anderson, baby sister to Angel Konshuh, granddaughter to Rae, Shelly and Dale. Great-granddaughter to Eunace, Darel, Ed, Agnes, and Ed and Rose. Niece to Terrance, Tyler, Jarod, Vickie, Veronica, Allyssa, Moe, Karry, Sadie, Dakota and Charolotte. Nana to Harold and Karan Reti. Cousin to Daxton, Dominic, Lily, Kayleigh, Daylen, and Ainsley.

On behalf of Asia's family, we would like to thank everyone who had helped at the scene of the accident. We would like to thank the nurses at the Dawson Creek I.C.U, Doctor Burger, all those who sent cards, flowers and donations, family and friends for all of their support, Rolla Church, Pastor Bob Rempel, and The W.I. for the lunch, also Reynars Funeral Home for all their help, support, and patience.

A Celebration of Asia’s life was held on Friday, October12, 2018 at 2:00 PM at the Rolla Bible Baptist Church. Pastor Bob Rempel officiated. Interment will be at a later date.

A Celebration Of Life

Share Your Memory of
Asia
Upload Your Memory View All Memories
Be the first to upload a memory!
Share A Memory
Send Flowers