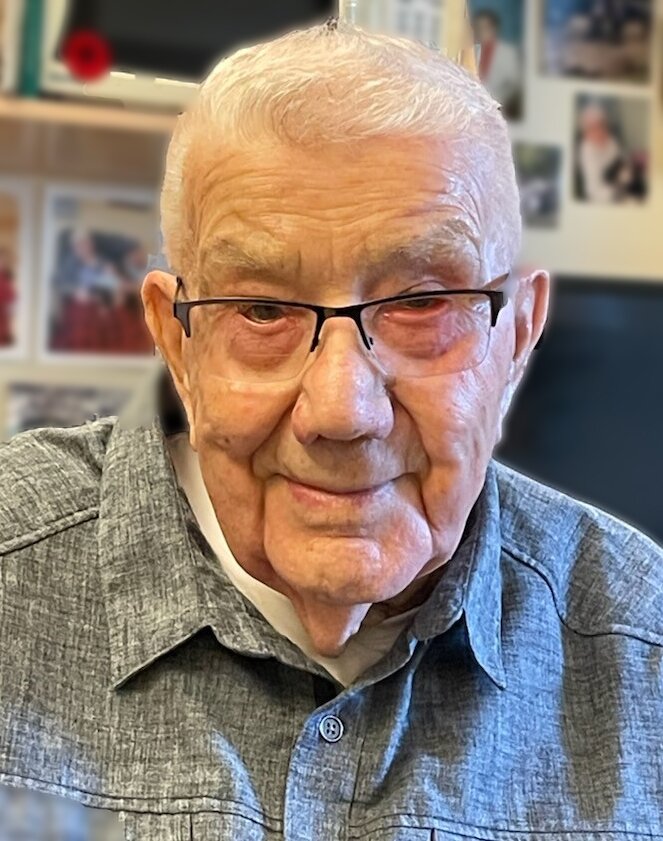 Don was born to Don & Mary Wagoner on March 9, 1932 in Cody, Wyoming. He came into the world as Charles Lawrence Wagoner but after the tragic drowning of his father and uncle six months after he was born Charles became known as Don, the man we all knew and loved. Don graduated from Cody High School in 1951 and worked as a cowboy on Hoo Doo Ranch in Cody, Wyoming. He then joined the US Navy for 4 years and saw active duty in the Korean War as well as travelling the seas to places like Japan, Hawaii, and the Philippines. When Don's duty was over he rented a farm outside of Cody in lower Sage Creek where he met and married Evelyn Rimmer in 1958. Ten years later, Don and Evelyn had raised four fantastic children, managed to build up a hundred head of Hereford cows and were raising barley under contract for the Coors Brewing Company. In 1966 off to Canada they went. Don went to Lone Prairie to look at some land and fell in love. After spending a fall running combine and hauling grain, Don bought a section of land. In 1968 the Wagoners' moved into a rented house next to their new property. It was home until they could build a house big enough for a family of six. Don found work, running chain saw as a bucker until he got into the cattle business through the Feeder's Association. The Wagoners continued to build on to the ranch and in 1972, Howdy was born and the family was complete. Next to his family, he loved ranching most. Don loved breaking new ground, watching crops grow, haying and calving, his dogs and anything that went with ranching. He was a handy man who was always fixing and improving on something. The air compressor he built back in Cody, Wyoming so many years ago still runs today. Don's life was a full one, lived the way he wanted and loved. He was a good man and we are all better off for knowing him. Don is predeceased by his parents Don and Mary Wagoner, his wife Evelyn, and his daughter Julie. He is survived by son Scott (Patty), daughter Vivian (Clem), daughter Dawn (Raydel), son Justin (Lynda), brother Martin, step sister Hazel, 13 grandchildren, 11 great-grandchildren, many nieces and nephews. Don passed away Tuesday, March 2, 2010 in Lone Prairie, BC at the age of 77 years. A memorial service was held Thursday, March 11, 2010 at 2:00 pm at the Chetwynd Baptist Church; Pastor Bill Evans officiated; Interment followed in the Tuscoola Mountain Cemetery. For friends so wishing , donations may be made in memory of Don to the Chetwynd & District Hospital Foundation.

Share Your Memory of
Don
Upload Your Memory View All Memories
Be the first to upload a memory!
Share A Memory
Send Flowers