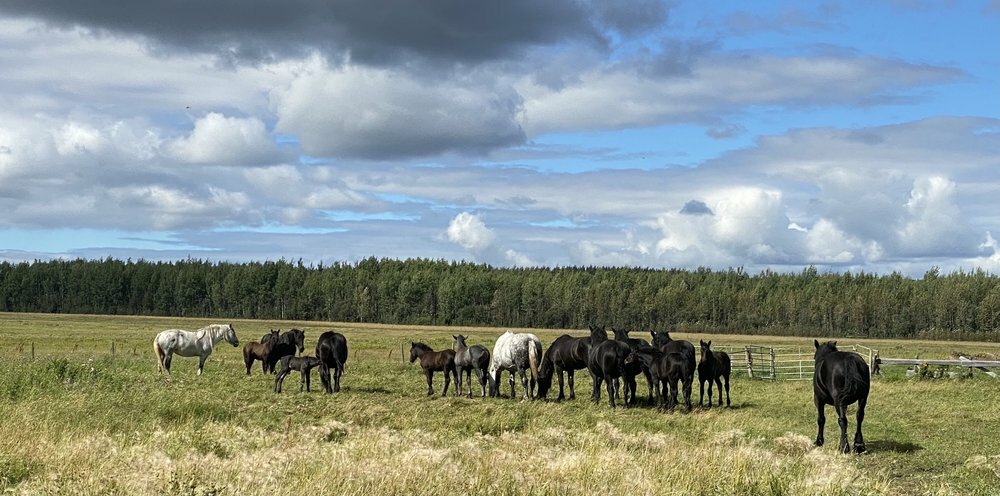 Madeline Antrim, nee Larocque, known as Kokum to some, was born in Sturgeon Lake, Alberta on April 22, 1939 to Ambrose and Marion Larocque. She later moved to Dawson Creek, where she remained until her passing. Madeline, along with her late husband, Pete, cooked in camp for Diamond Caterers for many years. She was a strong woman who survived a kidney transplant and always managed to keep her sense of humor. Madeline always enjoyed laughing, joking around and teasing people. One of her favorite pastimes was playing Bingo. Madeline passed away on Saturday, October 4, 2014 in Dawson Creek at the age of 75 years. She will be missed by all those that knew and loved her. Madeline is survived by her sister, Hilda (Bud) Letendre, son, Hank, cousins, Mabel Donovon, Mabel Glover, as well as other family members to numerous to mention. Madeline was predeceased by her husband, Pete Antrim, parents, Ambroise and Marion Larocque, sister, Jean Mineault, brothers, Edward Calliou, Frank, Jimmy, Wesley and Danny Calahasen and son, Ricky Larocque. A Memorial Service was held on Friday, October 10, 2014 at 11:00 am from Reynars Funeral Chapel, Sister Connie Harken officiated. Interment will be at a later date. Very Respectfully Reynars Funeral Home & Crematorium
Friday
10
October

Share Your Memory of
Madeleine
Upload Your Memory View All Memories
Be the first to upload a memory!
Share A Memory
Send Flowers