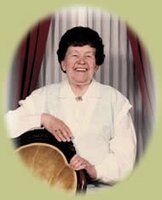 Derek Walker, a long time resident of Dawson Creek, BC, left us suddenly, with his family by his side, on Sunday, February 16, 2020, in Dawson Creek, at the age of 31 years.

Derek Evert Walker was born in Edmonton, AB on June 1, 1988. As a child he grew up in Prince George, BC but always made his way home to Dawson Creek.

Throughout his childhood he enjoyed spending time with his cousins, brothers and friends playing video games, basketball, camping, enjoying music and good times.

Derek became a father for the first time at the age of 20, when him and Shaylynn had their first son; Syllus. A year later they welcomed their second child; Dre. Not long after he was born Derek moved back to Dawson Creek with his boys.

Soon after moving he and Rae-Dawn got together and then his first daughter, Constance, joined their family. Then 13 months later his daughter, Tahmika Jo joined his life. He was very proud of naming her middle name after his dear friend, Jessica Jo Paquette. Derek and Rae-Dawn had many years together raising their family. They made many memories and I know that Rae-dawn misses her best friend.

Derek and Shyann got together a couple years ago and welcomed their son, Dee-Jay Walker on June 24, 2019.

As everyone who knew him knows, he loved his children dearly. He was very proud of all his children.

Derek worked in the oilfield industry for many years to provide for his family.He was one of the funniest most caring men to walk this earth. He had a laugh and smile that could light up any room. He left behind so many great memories and stories we will all cherish, we will all miss you always.

A few stories from family and friends were read on his service.

Sandi : His cousin Sandi said that when they were kids her, Derek, his brothers and her brother Brian would go build forts by Billy Webb’s house, well that’s until Billy would get mad and chase them down the alley.

Mike Meck: Derek lived with the Meck family during his teenage years. Linda and Gary took him in as one of their own and Mike, Adrian, Quinten, and Braden were like brothers to him.

Here is a story from Mike: a bunch of Derek’s, close friends and family were out at the cabin and were enjoying a day of quadding. When everyone returned to the cabin, there was no Derek behind them. He showed up on foot and was soaked from head to toe. He had gotten

stuck! Adrian had to drive him back to pull the quad out. They always had so much fun out at the cabin and out at kistkatnaw. He was always really fun to be around.

Bev: She always remembers when they were little fat kids playing Donkey Kong for hours!

Shana: Her brother Stacy and Derek had a bet who could buy her G-Unit shoes. Derek won and gave her the money, but instead of the shoes she bought a bottle. Then she got busted and was in trouble.

Russel:  Russel, Coty and Derek were out hunting. It was getting late into the hunt Russel and Coty decided to shut it down. They were heading home and of course ended up seeing a moose.  So they decided to give Derek the gun cause he’s never shot a moose and they thought he would miss. They didn't want to have to pack and skin a moose so late. So Derek ended up taking that gun, aiming at that moose, shoots and drops it on one shot! Russel and Coty looked at each other and laughed and were like well damn! Now we gotta skin and pack!  Derek was so happy and proud.  All 3 of them skinned and packed with laughs all night.

Derek is survived by his parents; Sharalee Walker and Wilfred Gauthier and step-father Vince Callahassen. His brothers; Travis, Nick and Joey Walker, His children; Syllus Ghostkeeper-Walker, Dre Ghostkeeper-Walker, Constance Walker, Tahmika Jo Campbell, and Dee-Jay Hambler.  He will also be truly missed by the mothers of his children; Shaylynn Ghostkeeper, Rae-Dawn Campbell and Shyann Hambler, as well as his aunts, uncles, cousins, nieces, nephews and numerous friends.

A Celebration of Derek’s life was held on Wednesday, February 26, 2020 at 1:00 PM from Reynars Chapel. Pastor Cory Lizotte officiated. Interment will be held at a later date.