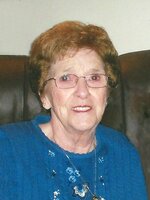 Mieczyslaw Smusz, also known as Matt, a resident of Dawson Creek, BC, passed away unexpectedly on Monday, September 30, 2019 in Dawson Creek at the age of 58 years.

Matt loved to be outdoors fishing and hunting, he was very resourceful when he was in the outdoors. He learned to build his own cabins and survived with what nature was able to provide.

Matt is survived by his two children; son, Marek, and his daughter, Ewelina.

With respect to Matt’s wishes no formal funeral service will be held. Matt will be laid to rest in his hometown in Poland at a later date.