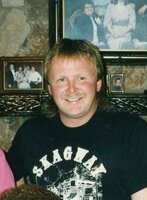 It is with heavy hearts we announce the passing of Sohan Sangha. Sohan, a long-time resident of Chetwynd, BC was taken from us suddenly on Saturday, July 13, 2019 in Chetwynd at the age of 69 years.

On behalf of the entire family I would like to thank everyone for being here today to pay your respects Sohan Sangha.

Like many of you I received a phone call that I simply never ever anticipated. A few minutes after receiving the heart wrenching news, I reached out to my aunt to comfort her as I simply could not imagine what she was going through. On the phone she was trying very hard to be strong, but I could hear and feel her pain and the deep loss.

Near the end of the phone call she asked if I would say a few words at uncle’s funeral! Aunt Patsy thank you as I’m truly honored to speak about Sohan Sangha at this most difficult time

We are gathered today to not only pay tribute to Sohan Sangha and his life, but also comfort one another during this most difficult time.

Sohan you left us all to soon and you will never be forgotten!

Sohan was born in a small village called Muggowal in 1949, The village is in the very northern regions of India called the Tibetan plateau. From the roof top of his family home you can see the foothills of the Himalayas.  What a truly great place to grow up. When I compare Chetwynd to where he was born, I see why he made Chetwynd his home.

In his teens, he matured and worked feverishly on the family farm to make it bigger and better than anything in the region. He was a very successful farmer.  During these teen years he also developed his love for horses, he apparently had some of the fastest horses in the county.

Sohan moved to Canada in 1970 where he met up with much of his family that originally had started migrating to Canada since the early 1920’s.

But soon after Uncle moved away from Vancouver to start working in Squamish for BC Rail and the next thing, I recall he moved to Chetwynd.

Over the next few years I watched my uncle marry my dear aunt and start a beautiful family. During these years whenever I visited, he always made me feel so welcome and we would always just talk and talk.  I could see the love he had for his family and the town, slowly I accepted the fact he and his family would never move back to Vancouver.

In understanding his childhood over the last two weeks, the biggest thing that never changed was my uncle’s love for his friends and family.

Over the years I continued making unannounced visits, Uncle Sohan would greet me with that simple smile or smirk which you knew meant welcome in the sincerest way! During these visits he would show me around town.  You know what, everyone seemed to know him and greeted him with a smile.

Most times he held his views to himself. Only sharing his view when he felt it would contribute to moving the conversation forward.  His words had meaning.

Three years ago, he and my aunt Patsy gave the Sangha Family the best present, they both traveled to Vancouver, they both came to my daughter’s wedding and near the end of the wedding my uncle quietly whispered how proud he was for the family.  I will never forget those words from a man I looked up to in so many ways.

To Amanda Mitchell and Aunt Patsy he loved you very much and I know he is in a good place looking down on you!

A memorial service was held on Saturday, July 27, 2019 at 1:00 pm at the Chetwynd Fellowship Baptist Church. Pastor Bill Evans officiated. Interment will be at a later date.

For friends so wishing, donations may be made in memory of Sohan to the BC SPCA 637-114th Avenue Dawson Creek, BC V1G 3A1